Menstrual cups that are so popular today seems to be a new thing, but in fact it is not at all. People often ask, wondering why it didn’t become a thing back then. If it’s that good of a product why not every woman started using it. I’m guessing it’s a mix between bad timing and mentality that were not ready for it. So let’s give an ovation to this amazing American Lady Leona Chalmers for planting the seed allowing us today to have so many designs of Menstrual cups. 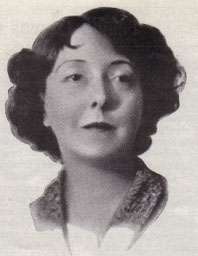 Leona W. Chalmers (born early 1900s) was an American-born actress, inventor, and author. She was known for creating the first menstrual cup, also known as a “catamenial receptor”, in the United States in 1937 There were products similar to this before, but Chalmers was the first to patent and market the device. After hard rubber cups failed to sell during the 1930s, and facing an upcoming rubber shortage from World War II, Chalmers and her team created a softer version also known as vulcanized rubber. Yet after the advent of disposable products, not many women wanted to handle their own blood when they could simply flush or throw it away.

The drawing of the cup from Leona Chalmers’s patent (U.S. patent 2,089,113) (far left) shows that it is very similar to the Tassette, Tassaway and The Keeper produced later (see photos). Chalmers suggested in the patent that it be made of vulcanized rubber. (She discusses its use and shows a drawing in her book “The Intimate Side of a Woman’s Life” (1937, Pioneer Publications, Inc., Radio City, New York). 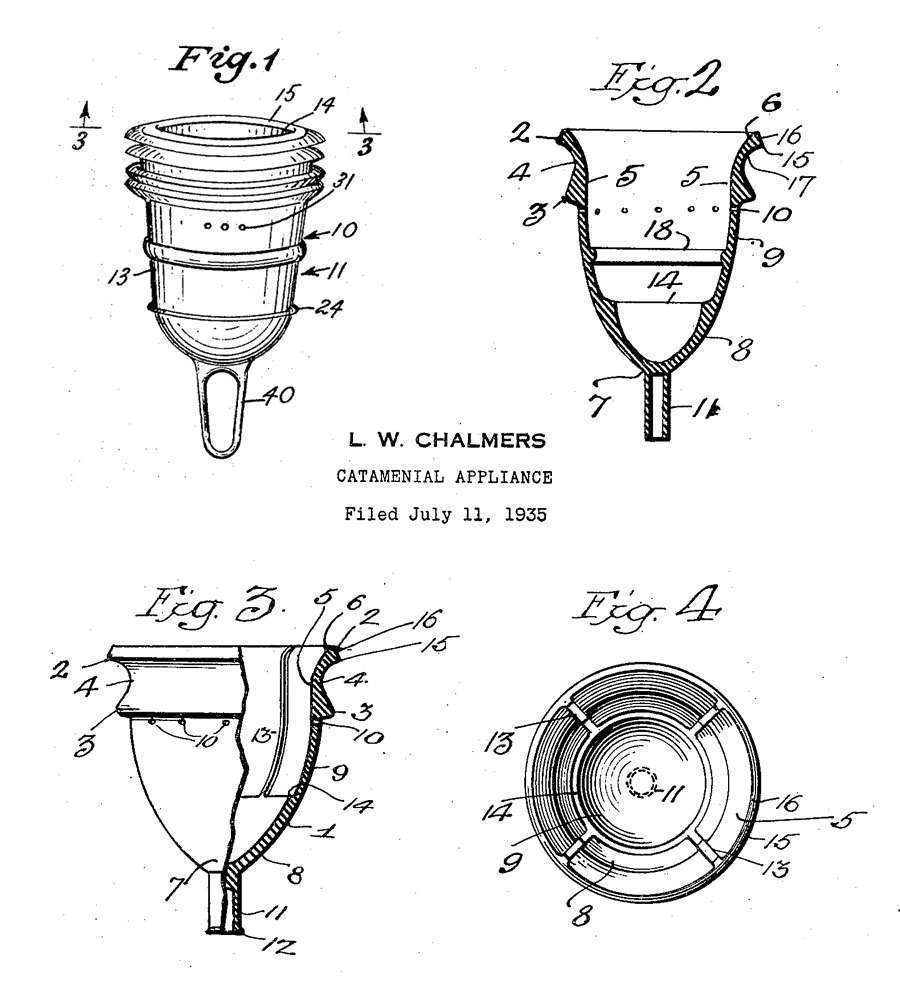 According to Robert Oreck, the founder and president of Tassette, Inc., a later company started in the late 1950s, this first cup started production just as World War ll began, and stalled because of the shortage of rubber. Women did not like the cup because it was hard, too heavy and, I suspect, simply because they did not want to put things into their vaginas with their fingers. The Tampax tampon, first sold in 1936, met similar resistance from the public and also from doctors, who had some medical objections.

Menstrual cups got a second chance when Tassette reintroduced them, this time with a big advertising push. Women still weren’t interested, and the cup disappeared again. Tassette never made a profit and the cup disappeared in 1963. Oreck said the reasons it failed were the reluctance of the public to clean and reuse the cup; and its reusability of three to five years, so satisfied customers would not buy it again soon.

The Keeper, yet another incarnation of the reusable Menstrual cups, went on sale. These were somewhat successful and are still on the market. It is made of Latex, not silicone, the downside of this cup is its durability and the fact that it’s not hypoallergenic. Medical grade silicone is very durable and stay supple while latex can dry up and crack. Many women also have allergic reaction to latex, that’s why they are now in Medical grade silicone to be hypoallergenic and durable.


Check out this amazing video that shows you the evolution of menstrual cups.
https://www.youtube.com/watch?v=uNXJSEApokY

You may also want to read 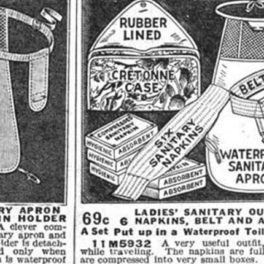 Hard to believe since menstruation is nothing new, but until recently women have been left to fend for themselves to figure out how to deal with the practical issues presented by their monthly flow. That is, what to do with the blood. From scraps of rags to natural materials such as sea sponges, women (and some creative men) have devised a number of ways to handle menstruation. Currently there are...[Read More]